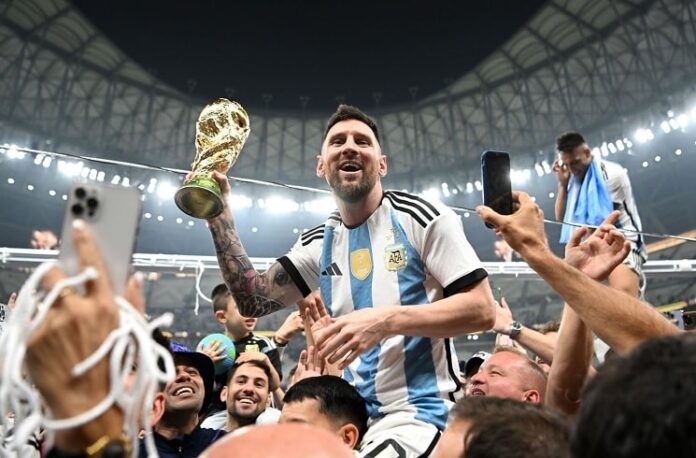 Lionel Messi has spoken about winning the World Cup with Argentina.

Messi is a World Cup winner. Lionel Messi, like Daniel Passarella and Diego Maradona before him, has captained and lifted the World Cup trophy as captain of the Argentina national team. Speaking to the media after winning the World Cup, here is what Messi had to say:

“It’s crazy that it happened this way. I wanted it very much. I knew that God was going to give it to me. Now to enjoy it.

“Look at this cup, it’s beautiful. We suffered a lot but we made it. We can’t wait to be in Argentina and to see how crazy it’s going to be.

“This was the trophy I have wanted all of my life. This was my dream since childhood.”

He also spoke with Gastón Edul of TyC Sports about his future:

“I am not retiring from the Argentina national team. I want to continue playing as a champion.”