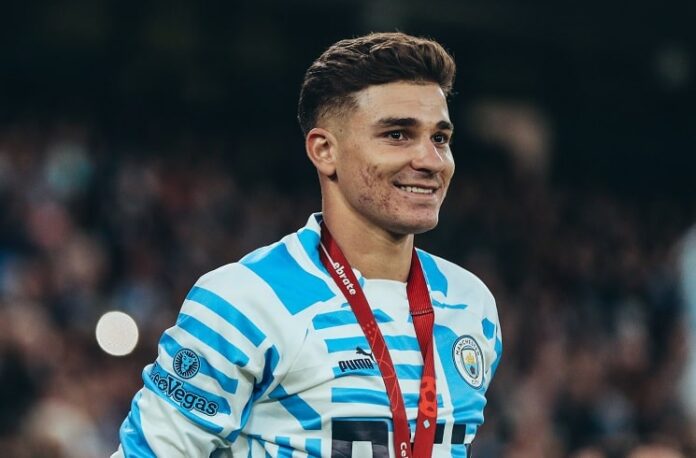 Julián Álvarez was back at Manchester City and received a welcome by the club and the fans in the stadium.

Álvarez returned to Manchester after winning the World Cup with Argentina and was greeted by the club upon his arrival. The club put up a video of him arriving where he was hugged and congratulated by his team mates.

The Argentine was also in the stadium and played for Manchester City in their 1-1 draw vs. Everton.

Nothing but love for Julián Álvarez by Manchester City!pic.twitter.com/66zq85fB6D