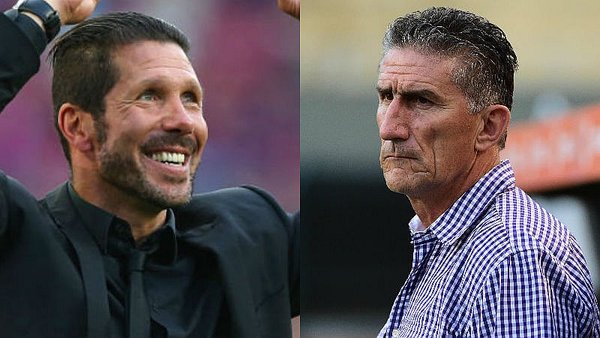 “I will say this again, one of the ideas I have in my head is to coach Argentina but not right now”.

“I am the type of coach that wants to be on the pitch daily and the national team doesn’t offer that. The time between Copa América and the World Cup is too long, although I will not deny that whenever I listen to the Argentine National anthem in one of those competitions, that feeling of being there starts to appear”.

In February, current coach Edgardo BAUZA was in Madrid to talk to the Argentine players in the Atletico team but also took the opportunity to chat with Cholo. From what he has heard, the working environment within the National Team didn’t appeal to him but felt time was on his side.

He compared himself to Vicente del BOSQUE, who at age 58 became the coach of Spain, a later on guided them to World Cup glory.

“Today I feel like I have to improve as a coach. I would like to become the national team coach one with a very different emotional tranquility. It might get bigger, although it is necessary to see if they (AFA) still want me at the moment”.