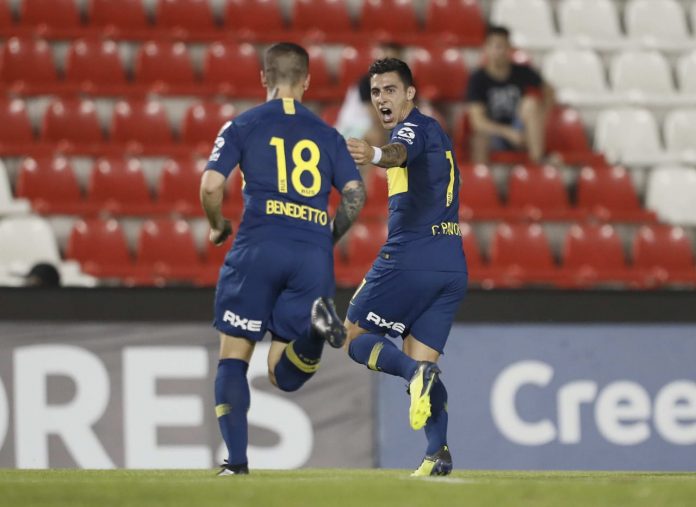 Cristian PAVON and Carlos TEVEZ both scored for Boca Juniors in their 4-2 win against Libertad in the Copa Libertadores.

It was a fairly good week for Argentine clubs in South America’s premier club competition. Boca finished the round in style with their win and two Argentina internationals were on target. Having taken a 2-0 lead from the first leg, Boca let in the first goal of the match offan Oscar CARDOZO goal. Cristian PAVON equalized after work from Dario BENEDETTO (now back from injury which kept him out of Argentina’s World Cup squad).

Argentina U20 World Cup winner in 2007 Mauro ZARATE made it 2-1 for Boca and all but put an end to the tie. Oscar CARDOZO made it 2-2 on the night off a penalty.

Carlos TEVEZ came off the bench and restored Boca’s lead making it 3-2 before Edwin CARDONA’s panenka penalty finished it all off.

Here are the matches for the quarter finals:

There are four Argentine clubs left in the tournament along with three Brazilian clubs and one Chilean.