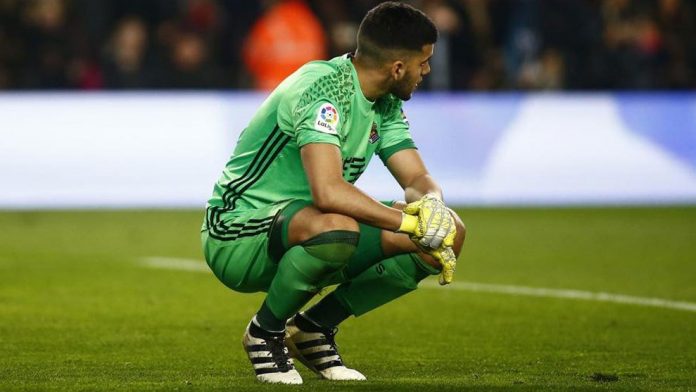 Argentina goalkeeper Geronimo RULLI once more was at fault for a goal he let in for his club.

If last season wasn’t a good one for RULLI, this one isn’t starting off too much better. The former Estudiantes goalkeeper was called-up for Argentina and received his first cap in the team’s 3-0 win against Guatemala. Yet despite the call-up, RULLI hasn’t had the best of performances for Sociedad.

A less than stellar performance against Barcelona was later followed by a poor showing in Sociedad’s 2-2 draw against Rayo Vallecano. Speaking with Spanish media MARCA, RULLI had this to say about his displays:

“I’ll change the whistles for applause, this is the goal in my head. I want to thank the fans who applauded me and have supported me, while this club has taken care of me as if I have come through the youth system.

“In my head I am fine, I am remaining calm and will look to turn the situation around, and of course it was frustrating we did not win.

“Now I am only worried about training and competing to ensure the coach has confidence in me again.”

5 – Geronimo Rulli has made five errors to have leaded goals since the last season, the most for a La Liga player since at the beginning 2017/2018 season. Distrust pic.twitter.com/Jh9WwCzukl

This is following the performance of Sergio ROMERO of Manchester United where ROMERO was sent off for handling the ball outside of the penalty area.