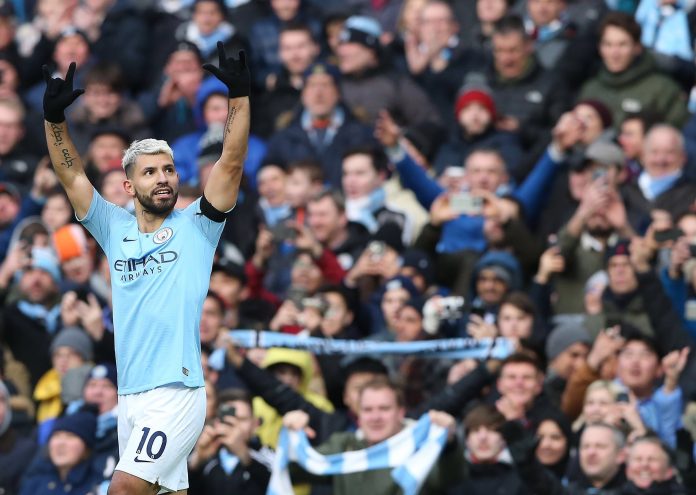 In a Premier League title race that is extremely close, Manchester City were looking to stay close to Liverpool in the standings. AGUERO received a golden opportunity to extend City’s 1-0 advantage against Chelsea but from close range, missed.

AGUERO would go on and redeem himself with a goal of the season candidate. With a few Chelsea players surrounding him, Manchester City’s all time leading scorer let out a thunderous right footed shot which went into the top corner.

Pep GUARDIOLA’s men would get one more before half time as AGUERO would pounce off a Chelsea mistake to score from close range.

The third for AGUERO would come in the second half through a penalty kick. With that hat hatrick, AGUERO has now rqualled Alan SBEARER’s record of 11 Premier League hat tricks.