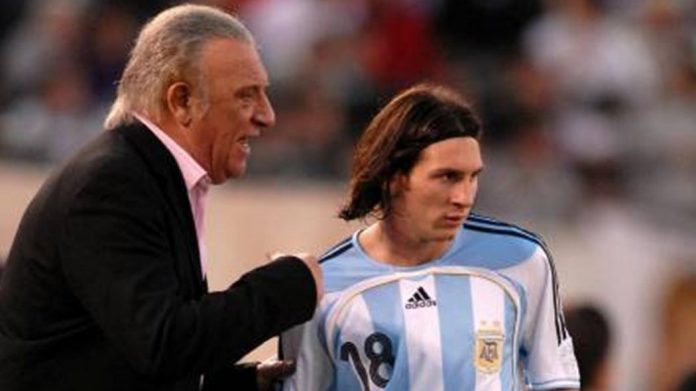 Alfio BASILE, the only person to ever coach both Diego MARADONA and Lionel MESSI, gave his thoughts on the Argentina national team.

The former Argentina coach was on TNT Sports where he discussed Argentina, Lionel MESSI and Diego MARADONA. Here’s what he had to say:

“The other day, it wasn’t a football match. It was a rugby match. It was impossible to play in Tangiers. The match was a disaster. You can’t reach any conclusion out of it.

“In the national team, there’s no time to work.”

In regards to Diego MARADONA and Lionel MESSI, here were his thoughts:

“MARADONA has a tremendous personality and MESSI is an introvert.

“MESSI never screams at a team mate. He’s a crack. He doesn’t do the same (with Argentina) as he does when in Barcelona because his team mates aren’t the same one’s that train with him every day. Barcelona is a world class national team.”