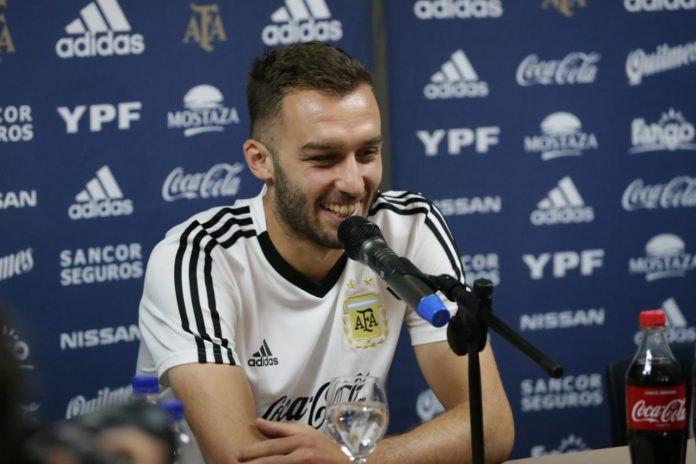 The Argentina man spoke at a press conference before the start of his team’s Copa America.

German PEZZELLA is expected to be one of the starters alongside Nicolas OTAMENDI in Argentina’s back line. Taking part in his first tournament with the Argentina national team, here’s what PEZZELLA had to say:

“We will give everything in every game. The dreams, we have had them since the first moment. We are the first one who want to win something with this shirt, it has nothing to do with being favorites or not.

“We are working towards solidifying the group. We have players from halfway of the pitch and forward who are capable of unbalancing a team at any moment.”

In regards to the coach Lionel SCALONI:

“I believe the main thing is the clarity of concepts which SCALONI is transmitting to us. We know what we have to do.”

When asked about the injury he suffered:

“I’ve left that behind. The last few days I trained without the mask and didn’t have any problems.”

About Argentina’s opening opponent Colombia at the Copa America:

“Colombia has world class players. They play a very compact game and they counter really quickly. They have a lot of talent from halfway up the pitch and forward.”