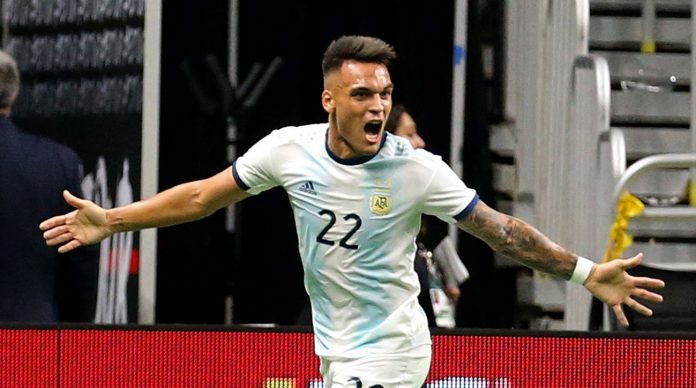 Lautaro Martinez scored his first hat trick for Argentina and spoke to the media about it all.

Now on 9 goals in 13 games for the Argentina national team, Lautaro Martinez started both friendly matches this month. He has turned into a machine goal scorer for Lionel Scaloni’s team. Speaking to the media after the 4-0 win vs. Mexico, here’s what he had to say:

“I am happy and emotional. We sacrifice a lot to be here and it’s not every day you score three goals with this shirt.

“It’s very difficult to get here and to stay here. There are very good players. I am very happy and thankful to my team mates and to the coaching staff. This is also thanks to them because they give me a lot of confidence. We try to bring joy to the national team, hopefully we continue on this road.