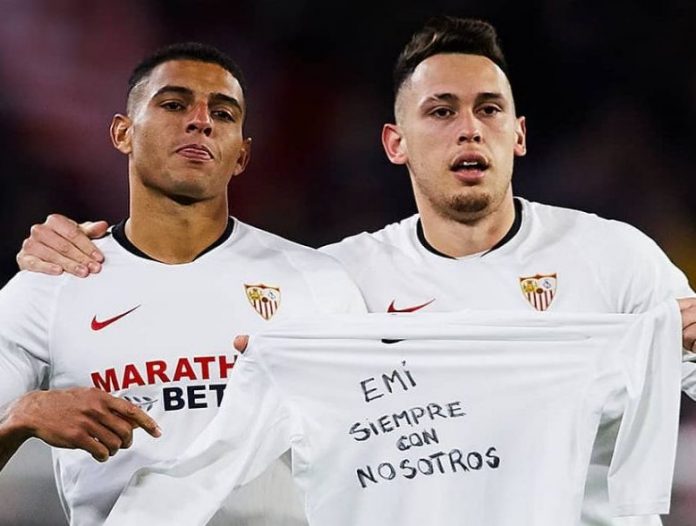 Lucas Ocampos scored for Sevilla in their 3-1 win vs. Levante in the Copa del Rey.

Ocampos would prove to be the hero for Sevilla as he would score the match winner. After having initially taken a 1-0 lead, Sevilla would let one in as Levante would draw level. The ball would fall to Lucas Ocampos and with a strike from outside of the penalty area, he would score the second goal of the match which would be the winner.

After the goal, Ocampos and Diego Carlos would hold up a t-shirt in tribute to Emiliano Sala who tragically died last year. The message on the shirt wrote “Emi, always with us”.