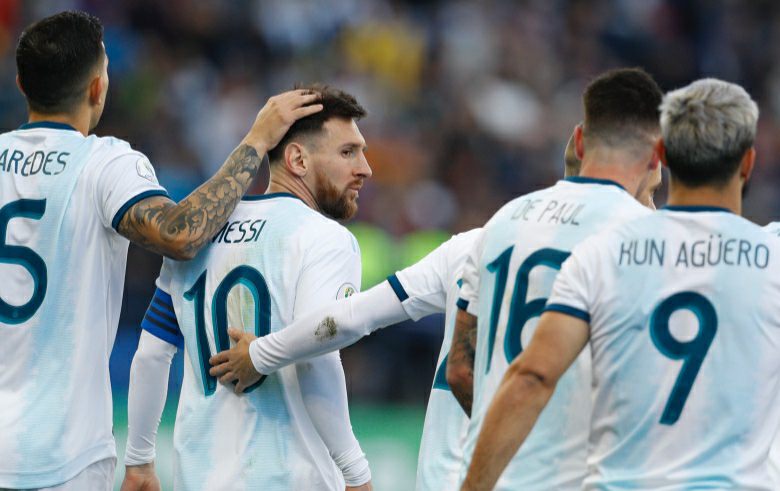 Roberto Ayala gave an interview where he spoke about the Argentina national team, Lionel Messi and coach Lionel Scaloni.

Ayala, who played over 100 matches with the Argentina national team, is now part of the current Argentina team staff. Speaking in an interview with Goal, Ayala spoke about current captain Lionel Messi. Here’s what he had to say:

“In terms of the game, it’s obvious that he always was and is a leader. He’s a guy that likes to decide, that has no problem deciding the play, to finish it. Today, I see a very good combination. We hope to he able to help him, that the team gives him a hand too.

“We would like to have a team with Messi and not by Messi. The idea is to have players around him that could be empowered with him and that they too can take advantage of having him by their side.”

The former Argentina captain also spoke about Messi’s role being the captain:

“I see a man who took on the responsibility of being the captain both on and off the pitch. He’s in charge of marking this new generation with that sense of belonging that we also had.

“I think that’s what must be highlighted. It’s the place where he feels comfortable, he wants to be here and where he would like to win something with the Argentina national team.”

“It’s normal for someone to not have that experience (as a coach) to be put into doubt. I believe that the silence, the clarity, the way to make things normal has made it so that Lionel has earned that continuity. And obviously the results.”