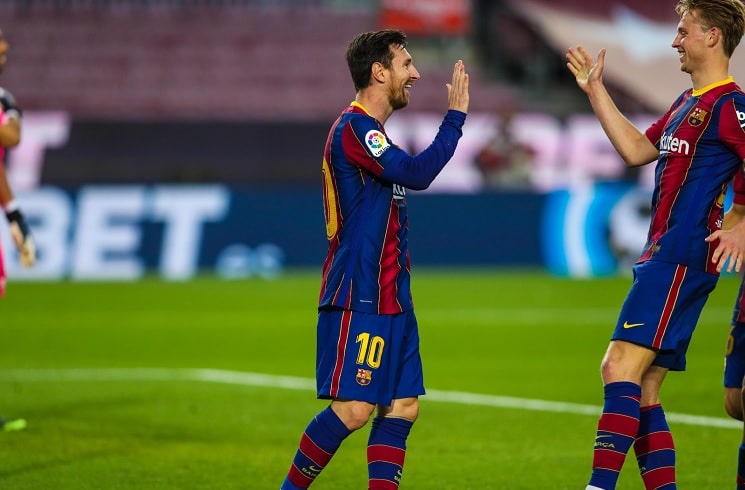 Lionel Messi scored twice for FC Barcelona in their 5-2 win vs. Real Betis.

Messi would start the match on the bench but would play the entire second half where he would score twice and dummy on another goal. With the score at 1-1, Messi was brought on in the second half and would make an instant impact. A ball was played inside the penalty area and Messi would let it run through his legs and onto Antoine Griezmann who would score to give Barcelona the 2-1 lead.

A pass into Messi as the Argentine with a powerful shot into the net would make it 4-2 before Barcelona would add another goal.