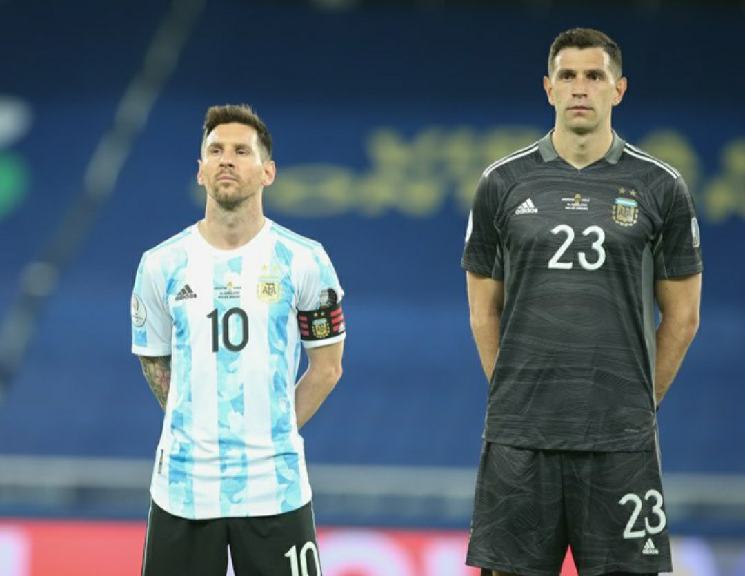 Lionel Messi and Emiliano Martinez spoke to the media following Argentina’s 1-1 draw vs. Chile at the Copa America.

While Messi scored and should have had a few assists to his name, his team only managed one and one point by the end of it all. Scoring an incredible free kick vs. Chile, Messi gave Argentina the 1-0 lead going into half time.

However, for the third straight match, the team was unable to maintain that advantage. Speaking to the media following the game, here’s what Messi had to say:

“It was a complicated. We were missing tranquility, controlling the ball and playing quicker. The penalty changed the match. We wanted to start by winning. Now we have Uruguay which will also be complicated. But you need to think about the next match now.”

Emiliano Martinez managed to save a penalty kick but was unable to stop the rebound. However, beginning his third consecutive match, Martinez has shown that he is more than capable of handling the pressure that comes with being the Argentina national team goalkeeper. Speaking after the match, here is what Emiliano had to say:

“I believe in all three matches, we were superior to our rivals. We had a few chances to finish it and we couldn’t. Chile managed a big draw, for us, we’re left with a bitter taste.

“There are things to improve but what we created today was impressive. When one goes in, they’ll all start to go in. The group is very united and we’re confident in ourselves.

“It’s a shame about the penalty. I didn’t see that it hit the crossbar and it rebounded right at them.”