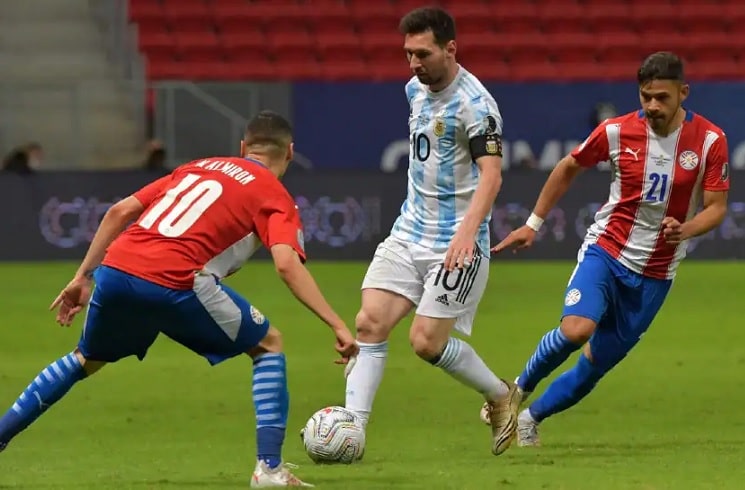 On Tuesday, CONMEBOL uploaded on its official Youtube channel the conversation between the VAR referees regarding Argentina’s disallowed goal in the 1-0 win vs. Paraguay. The referee ended up giving offside for “interference in the goalkeeper’s vision” from Lionel Messi when Di María took the shot.

“The assistant correctly follows the protocol of delaying his decision, and when the play ends, he marks the offside for interfering with the opponent,” says the narrator. “The VAR analyzes with virtual lines the position and the impact that the striker causes to the goalkeeper and agrees with the referee’s decision: offside for interfering with the opponent.”

Here, the final decision reached among the VAR assistant that was communicated to the main referee: