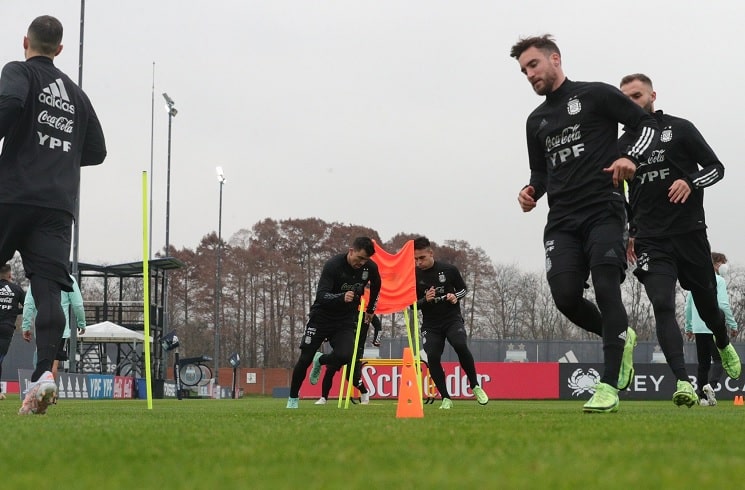 Argentina national team coach Lionel Scaloni had everyone training together except for one.

Nicolas Gonzalez and Gio Lo Celso are back training with the team after both missed the team’s 1-0 win vs. Uruguay. The only one that did not train with the group is Exequiel Palacios as he’s still not fully fit.

As we reported on Wednesday, coach Scaloni is expected to make several changes for Monday’s Copa America match. Argentina have already secured qualification and six players are on yellow cards. The six players being Emiliano Martinez, Lucas Martinez Quarta, Gio Lo Celso, Leandro Paredes, Joaquin Correa and Lautaro Paredes. A yellow for any one of them would mean they would miss the next match.

While the team has nearly a week’s time of rest, it remains to be seen if Scaloni will play Lionel Messi from the start or if he will keep him on the bench.