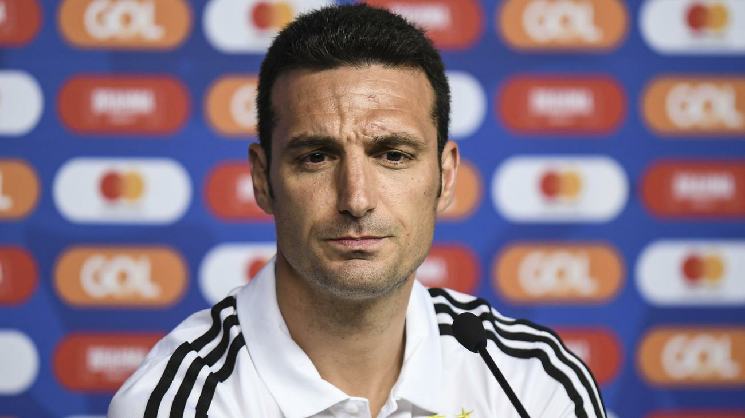 Lionel Scaloni spoke on Sunday at a press conference and commented about the national team, in addition to confirming the starting eleven on Monday’s last group stage game against the already-eliminated Bolivia.

Coach Scaloni commented on Brazil, complimented Lionel Messi, talked about the dispute in the left-back position of the national team, and minimized Argentina’s 16 games unbeaten streak.

Here is what Argentina’s coach had to say:

“We are aware that any opponent will be difficult. What we want is to reach the highest in this cup.”

“Honestly, the number of games without losing is not that important for me. I am interested that the team is doing well. It leaves us calm that we are a solid team, although there are always things that we would like to improve.”

“(Marcos) Acuña and (Nicolás) Tagliafico are players we like; we are happy with both. We can rotate them through the games, and we are satisfied with both players.”

“I think that in regards to Messi, everything has been said. We are proud to have him and convinced that he will give us more joy.”

In addition, Lionel Scaloni added that Lionel Messi is the only player who always has a place secured inside the starting eleven:

“In this team there is only one player who has a place secured in the starting eleven and everyone knows who he is. The rest have to earn it. For us, it is important that no one relaxes and that they continue to demonstrate game after game. They know it very well.”

Regarding the possibility of facing Brazil in a hypothetical final, here is what Scaloni had to say:

“The last game that Brazil lost was with Argentina; it was an even match. Between two such powerful teams, anything can happen. They are a consolidated team, but nothing should be ruled out.”

Finally, Scaloni gave hope to the Argentine fans for what is to come:

“We believe that we can compete to the maximum with all the teams. We are convinced that this is the way to go.”