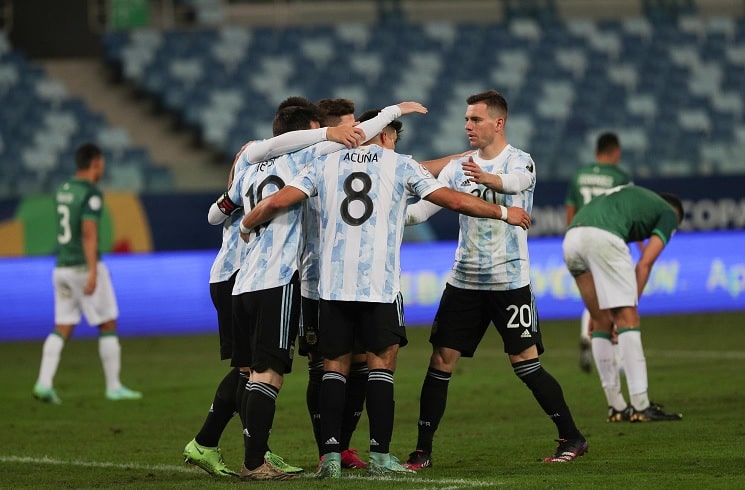 Argentina national team coach Lionel Scaloni spoke to the press following the team’s 4-1 win vs. Bolivia at the Copa America.

Lionel Scaloni saw his team win three and draw on in the group stage as they qualified for the quarter finals as group winners. In regards to the match, here’s what Scaloni had to say:

“The idea was to create a lot of goal scoring opportunities, even if the pitch conditions were not ideal. The players understood the message, we had to win and I liked the team’s attitude.”

“The balance is positive: We played against strong rivals and we faced matches in the best way. We believe that a lot of the players who had played very little minutes deserved this opportunity.

“Everyone showed that they can be in the team but only 11 play at a time. A lot of players are at a good level. The team was always the protagonist. There are times where you could be tired and show something else, you can’t dominate for 90 minutes. It’s logical that there are things to improve but we are satisfied.”

In regards to Ecuador who Argentina will face on Saturday:

“We have the utmost respect for Ecuador, they have shown to be a good team, young and dynamic.”