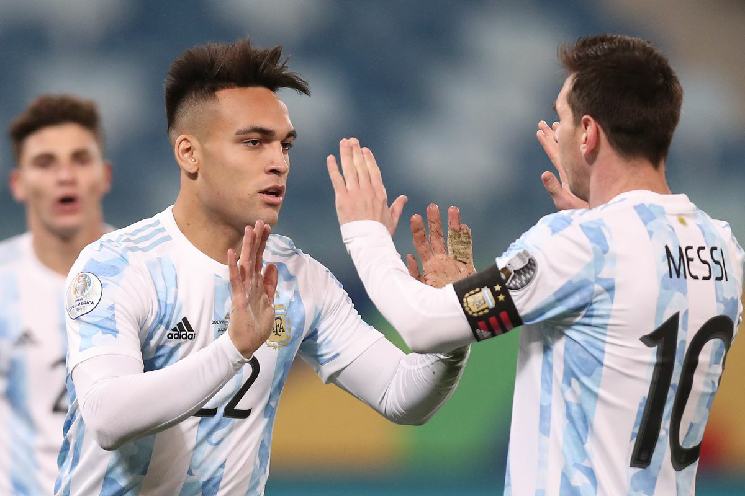 Argentina coach Lionel Scaloni has some doubts regarding the starting eleven he will choose for next Saturday’s game vs. Ecuador in the quarter-finals of the Copa America. Some players seem to have their place secured for the next match, while in other positions the starters are still uncertain.

Per a report by TyC Sports, Emiliano Martínez would be the goalkeeper, not Armani, who played last game vs. Bolivia. Martínez was rested in the last match to protect him from receiving his second yellow card in the competition.

Regarding the defense, Nahuel Molina would play as right-back, while Nicolás Tagliafico and Marcos Acuña fight for a place in the left-back position. Nicolás Otamendi seems to be another that has his place secured, whereas Cristian Romero, who is recovering from a knock on his knee and Germán Pezzella appears to be a doubt for now. While the belief is that Romero should be good to go, he might not be fully fit. Should he not be ready, it would be Pezzella in his spot.

In the midfield, Lionel Scaloni will have to decide between Leandro Paredes or Guido Rodríguez. On the other hand, Rodrigo De Paul would be a starter, while Giovani Lo Celso and Alejandro Gómez fight for the same spot.

The only doubt in the attack is whether Nicolás González or Ángel Di María, who is also recovering from a knock on his knee, will start as left-wing. Lionel Messi would play as right-wing and Lautaro Martínez would play as striker. 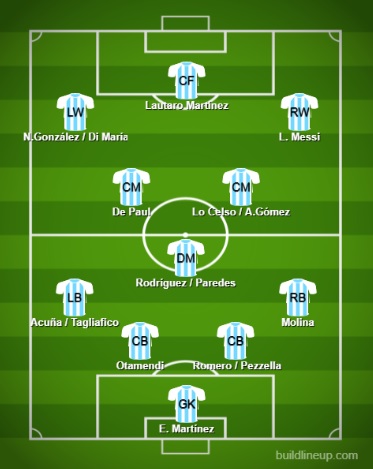