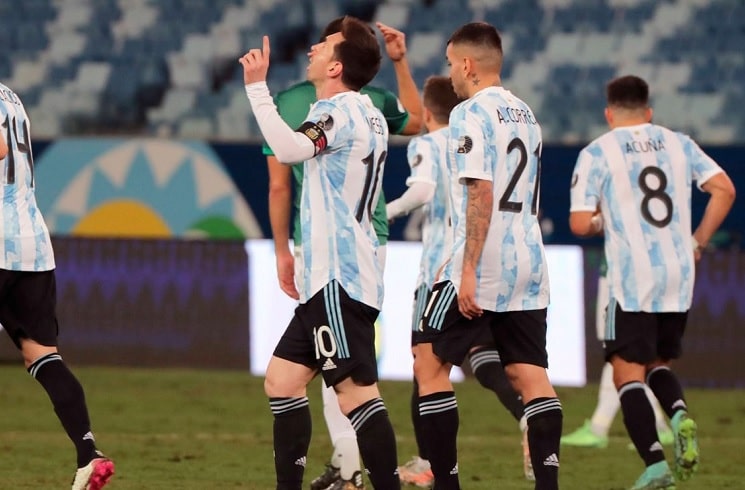 Argentina will play Ecuador in the final quarter final match of the Copa America and coach Lionel Scaloni reportedly still has a few doubts.

Historically, Argentina have a clear advantage when it comes to their head to head matches vs. Ecuador. Taking into consideration official matches and friendly games, Argentina have 21 wins with 10 draws and five defeats against Ecuador.

Their most recent encounter was a World Cup qualifying match back in October which ended in a 1-0 win for Argentina as Lionel Messi scored a penalty.

Lionel Scaloni is expected to make several changes from the last match, which was a 4-1 win vs. Bolivia. Gonzalo Montiel, Exequiel Palacios, Angel Correa and Sergio Aguero, who all started that match are not expected to be in the eleven for the quarter final match.

The inclusion of Cristian Romero is still the big doubt as Scaloni and the team will reportedly wait to make a decision on him due to his fitness. In addition, Scaloni did confirm that Gio Lo Celso will be starting in midfield while some reports coming out are stating that Leandro Paredes will start in place of Guido in midfield. Per TNT Sports, here is the rumored Argentina eleven: