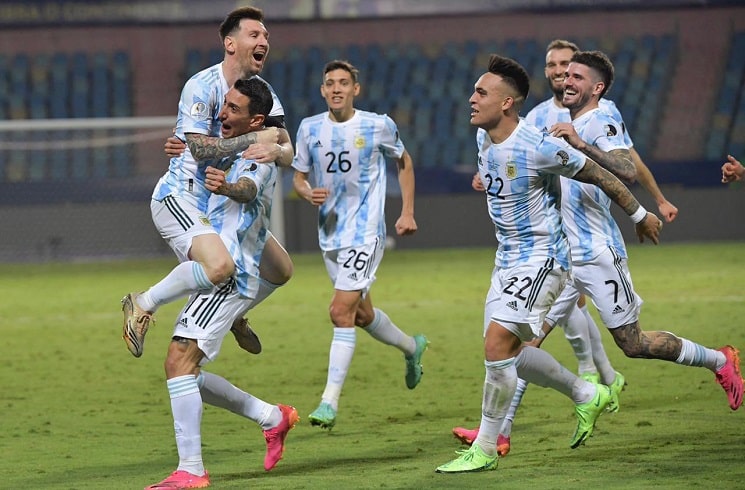 Lionel Messi scored once and assisted twice for Argentina in their 3-0 win vs. Ecuador as they are now in the semi finals.

Messi was as influential as ever for Argentina and an assist in the first half, another assist in the second and a goal in the second means he leads the Copa America with four goals and four assists. Speaking to the media after the match, here is what he had to say:

“It was a very difficult match, we knew about the difficulty of the opponent. It was hard fought until we got the goal, then it got more tangled. The important thing is that we took one more step.

“We tried to play, at times we couldn’t, the pitch didn’t help much. We played a very important match. One of our objectives was to be among the top four best teams. Now we have to rest because there is little time until our next game.”

In regards to the Copa America and the team:

“I have always said: The individual awards are secondary, we are here for something else. I want to congratulate the group for the work they have been doing, it has been several days that we are away from our families. We have an objective and we are thinking about it.”