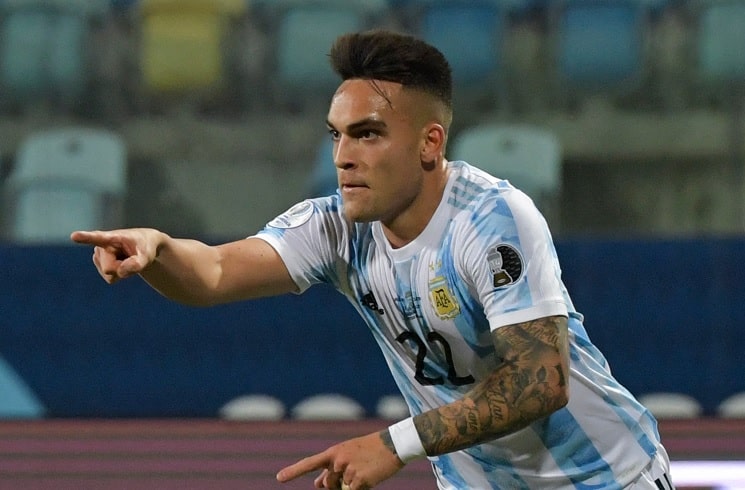 In addition to the man of the match Lionel Messi, Lautaro Martínez and Nicolás Gonzalez also spoke to the press after Argentina’s 3-0 win vs. Ecuador in the Copa America quarterfinals.

This is what the scorer of Argentina’s second goal, Lautaro Martínez, had to say:

“We saw a leading Argentina, that’s what the coach asks of us. Today we made a difference. It was a demanding game; they (Ecuador) are a physical team that runs and puts pressure.

“Despite the difficulties of the pitch conditions, we tried to do our best and leave a good image. Now we have to recover and think about Colombia. We faced them recently; they will be a tough opponent.

Lautaro also commented on Lionel Messi. Here’s what he had to say:

“We all follow Messi’s leadership. Today we saw again how he makes the difference and we are all accompanying him. We are happy and we are going for everything.”

This is what Nicolás González, who had a clear chance with a header in the first half and some misses in the second half, had to say after the match:

“We have to keep winning; it would be something very nice for our families and for the country. I will always try to do my best for the group. We are happy: we knew how to control the game and win.”

Nicolás, like Lautaro, also spoke about Messi and the team:

“Messi surprises us day by day; every time he gets stronger and he expands that to all of us. He gives us confidence and joy. We must continue on this path and enjoy him.

“We dream big, but we have to go match by match. We have our weapons to win.”