Mundo Albiceleste
Home Copa America 2021 Emiliano Martinez on Argentina: “We are a group of 70 people that...
Facebook
Twitter
WhatsApp
Telegram 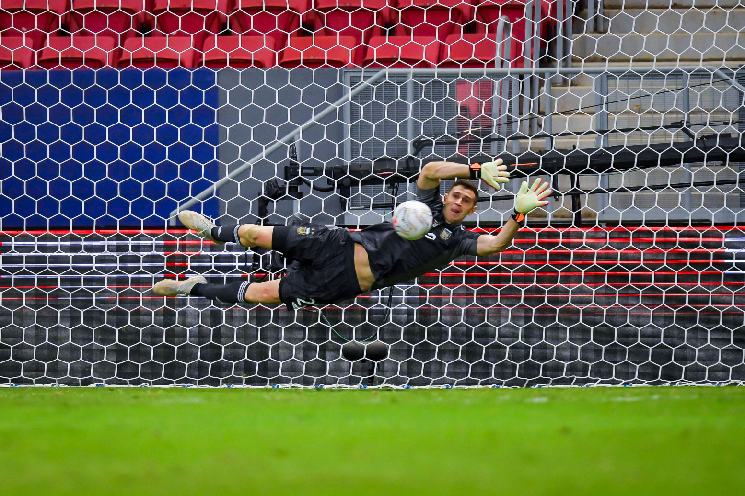 Emiliano Martinez was the hero for Argentina and he gave his thoughts on the team’s victory in the semi finals, the Copa America and the final.

Martinez showed that he is someone for all the occasions. After Argentina took the 1-0 lead vs. Colombia, he made a good save on Cuadrado moments later to keep Argentina ahead. While he did let in a goal, Martinez did not let that get to him.

When the match went to a penalty shootout, it was all about him. Speaking to the media after the match, here is what he had to say:

“I left my house a while ago, it was for moments like this.

“The truth is I have no words. We came here 40 days ago and we have been locked up. I think this has been the only national team that can’t see anybody. We are in a bubble, honestly, just with the coaching staff, those who clean, those responsible, we are a group of 70 people that came here for a dream.

“We said it the first day, we want to play the final and even better that we play against Brazil on their pitch.”

In regards to the match, here is what he had to say:

“We were ahead quickly but they played a great match, they gave it their all. Colombia played a good second half, we had chances to make it 2-1 and to close the game. They took us to penalties, they’re very strong. And this is a matter of luck, today it was my turn.”

He also spoke about Brazil and the final of the Copa America:

“They are a great team, they have been the candidates since the first day but we have a great coach and the best in the world, we are going to win it.”