Mundo Albiceleste
Home Copa America 2021 Lionel Messi: “What I want most is to win a title with...
Facebook
Twitter
WhatsApp
Telegram 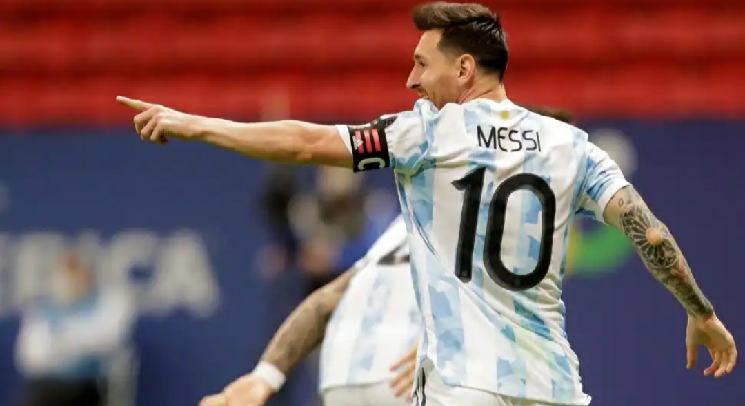 Lionel Messi has once more reached a final with Argentina as the team qualified for the final of the Copa America following their historic win vs. Colombia in the semi finals.

It was also Lionel Messi who took the first penalty for Argentina in the penalty shootout. He placed the ball into the top corner in the net. Speaking to the media after the match, here is what Messi had to say:

“It was a difficult match, we deserved it, we went looking for it. At times it was difficult because we would give them the ball and they would attack.

“After that, we have Dibu (Emiliano Martinez) who is phenomenal, we knew he was going to stop. We know him, we know who he is and we are confident in him. He deserves it.”

In addition, Messi commented on what Neymar stated regarding Argentina and how he wanted Argentina to make the final with Brazil winning:

“We are both in the final, I Know Ney said it because on one side we are friends and he wants me to be there too. It will surely be very close and complicated. We are very excited, we reached the first goal which was to get to the final, to play all the matches and now we are even more excited than ever as we go for this Copa.”

Regarding the Copa America and the team:

“We are very excited, happy, personally, I want to play one more, what I want most is to win a title with the national team but beyond lfiting the cup or not, I think I enjoyed these difficult 45 days without seeing my family.

“SOme of these guys are dads and couldn’t be present the day their kids were born, which is the most important thing in life. It’s all sacrifice, it’s strength for the goal and now here we are.”