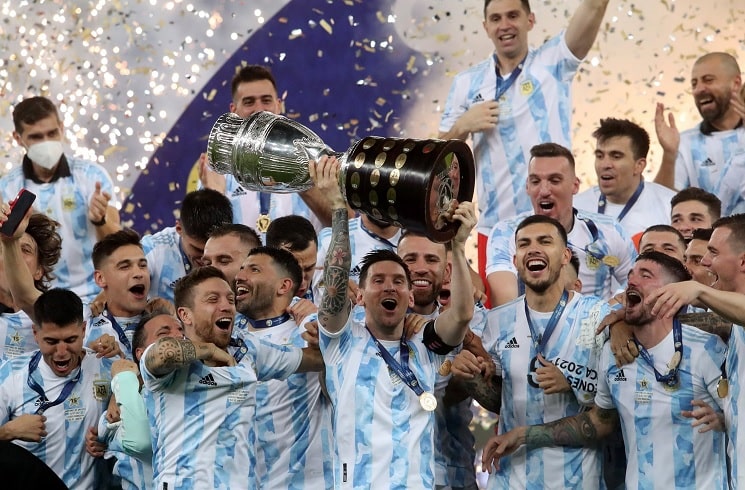 It was Angel Di Maria the goal scorer as Argentina defeated Brazil 1-0 at the Maracana in the Copa America final.

Angel Di Maria has not been a regular starter for Argentina at this Copa America but Lionel Scaloni put his trust in him and it paid off.

Rodrigo De Paul with a ball deep from midfield which found Di Maria and the 33 year old chipped Ederson to give Argentina the 1-0 lead. Lionel Scaloni’s team were in control for most of the half with Brazilian getting some half chances but they were blocked by the Argentina back line.

Brazil applied the pressure early in the second half and in one opportunity they even had the ball in the back of the net but it was called for offside. A second effort by Brazil saw Emiliano Martinez make a big save to maintain the lead.

Lionel Messi had a glorious chance to make it 2-0 from just a few yards out but he slipped and Ederson got the ball.

Cristian Romero, who had a solid match was substituted out for German Pezzella and Pezzella with a huge block after coming on denied what looked to be a Brazil goal.

The referee blew the final whistle and Argentina were crowned Copa America champions. The first senior trophy since the 1993 Copa America!