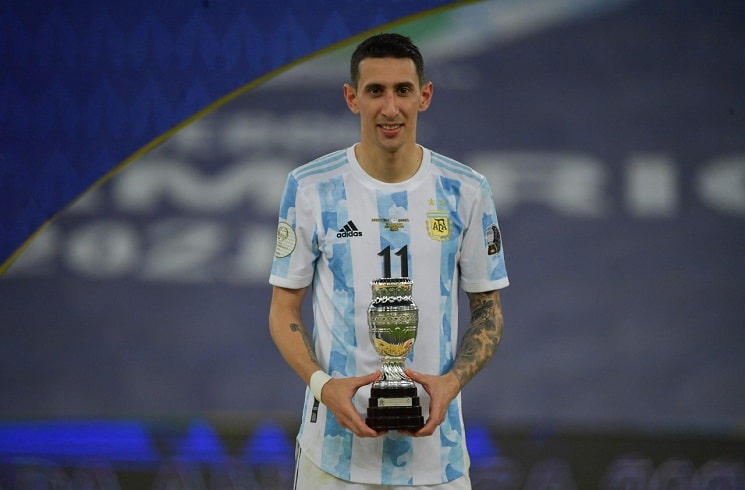 The hero of the night, Angel Di Maria, the hero of all of Argentina as it was his goal which handed his country their first senior international trophy since the 1993 Copa America.

Di Maria, who wasn’t a regular starter at this Copa America, started and scored the only goal of the match. He who missed the 2014 World Cup final due to injury and was not able to complete both the 2015 and 2016 Copa America finals due to injury, wrote his name in the history books.

Angel Di Maria spoke to the media after Argentina’s Copa America win. Here is what he had to say:

“We dreamed so much, we fought so much to achieve this. Rodrigo gave me a perfect pass. I finished it like in the match vs. Nigeria at the Olympics.”

He also revealed a talk he had with Lionel Messi:

“It’s going to be unforgettable. Messi told me thanks to me and I told him thanks to him. He told me it would be my final, that it would be the revenge for the finals I couldn’t play. It had to be today and it was.”

And in addition, here is who Di Maria dedicated the win to:

“I’m happy for my kids, my wife, my parents, for everyone that backed us and to everyone that came here. A World Cup is coming soon.”