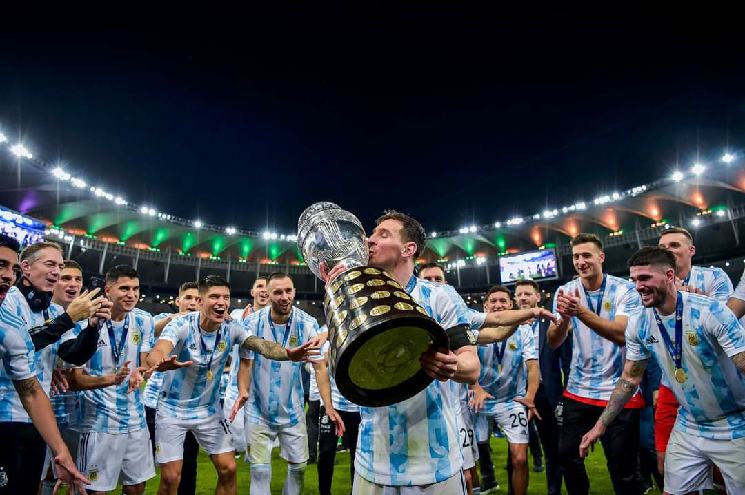 With rumors flying high, reports are now coming out that Argentina will play Italy in the Diego Maradona Cup.

It’s a match that has been played in the past, the Copa America winners against the European Cup winners. While the FIFA Confederations Cup has, in recent years, been the go to tournament in regards to seeing the different confederation champions clashing against each other, that doesn’t appear to be the case for this year.

With no Confederations Cup because of COVID, rumors have been flying around for several weeks and months that we could be seeing a match between the Copa America winners and the Euro winners. And with Argentina winning the Copa America and Italy winning the Euro’s, the legendary name of Diego Maradona has served as a link between both nations.

Per unofficial reports, FIFA have agreed to have the Diego Maradona Cup played between both countries. It’s being rumored that the match would be taking place in Naples, the city where Maradona made himself a legend in, at the Diego Armando Maradona stadium. Per the unofficial reports, the match could be played in December but seeing as how there are no official FIFA dates for that month, it could be difficult.

The 2021 Copa America winners have World Cup qualifying matches in September, October and November with other rumors being that if the match would not be taking place in December, it could be played after the European club season ends, a few months before the 2022 World Cup.

Argentina have previously taken part in a match like this one but back in 1993. Alfio Basile’s team, who had won the Copa America, played 1992 European winners Denmark for the Artemio Franchi Trophy. A match which Argentina won in a penalty shootout and also the match which saw Diego Maradona win his last ever trophy with the national team.