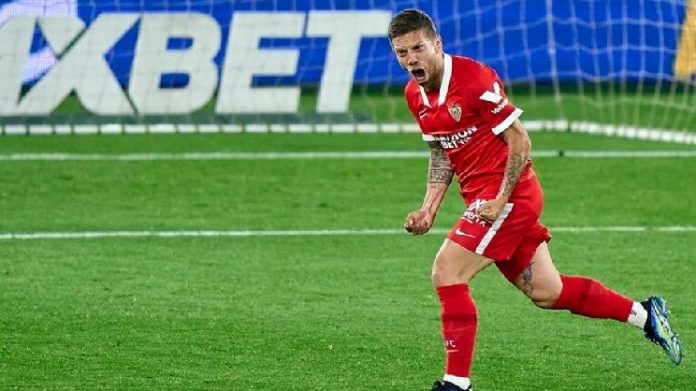 Well over 20 Argentine players will be taking part in La Liga this season as it’s the first one in over a decade that won’t have Lionel Messi.

At the moment, Elche and Sevilla have the most Argentine representatives in their squads with four each but Sevilla could make it five before the start of the season. Beginning with current league champions, Diego Simeone’s Atletico Madrid have two Argentina Copa America champions in the squad.

Rodrigo De Paul signed from Udinese as he will play alongside Angel Correa. De Paul had a stellar Copa America, particularly in the final while Correa scored some important goals for Atletico in their league triumph last season.

Nehuen Perez is the third Argentine but it remains to be seen if he will be playing. The 21 year old spent last season on loan at Granada.

FC Barcelona have been in the news for the past several weeks if not months due to their financial and transfer trouble. On the pitch, they will not be able to rely on their greatest ever player Lionel Messi as he has joined PSG.

The club do still have an Argentine as they signed Sergio Aguero. The situation with Aguero is that he is injured and is expected back in October. In addition, he is still not registered and it looks as if Barcelona will wait before registering him.

Cadiz have Argentina Olympic goalkeeper Jeremias Ledesma. The 28 year old had a solid showing at the Olympics, despite the team being eliminated after only just three games. The 30 year old veteran defender Marcos Mauro is the other Argentine on the team.

Franco Cervi will be playing in his first season in La Liga with Celta as the 27 year old joined from Benfica. They have two other Argentine’s on the team as Augusto Solari will be starting his first full season at the club while journeyman Matias Dituro joins on loan.

Elche had to hang on last season as they finished just above the relegation zone to remain in the league. Pablo Piatti, already 32 years old, will be playing in his first full season with the team.

Espanyol only have one Argentine at the club and it’s Matias Vargas.

Mallorca with two Argentine players as Rodrigo Battaglia and Franco Russo will want to help keep the club in La Liga this season as they are newly promoted.

Chimy Avila will hope his injury problems are behind him. One time linked with Barcelona, Avila suffered two major injuries which kept him out for several month. At one point, he was one of the hottest strikers in the league.

Rayo with Oscar Trejo in their team.

Real Betis have Copa America champion with Argentina, Guido Rodriguez. A scorer vs. Uruguay at the Copa America, Guido took part in the final of the Copa America when Argentina were crowned champions. Linked to a few Premier League clubs, it looks like he will be staying with the club.

Sevilla currently have four but could have five Argentine players by the time they play their first league match. Marcos Acuna and Alejandro Papu Gomez both won the Copa America with Argentina.

Lucas Ocampos, who took part in Argentina’s two World Cup qualifiying matches but was dropped for the Copa America, will look regain his form and make the squad for next month’s matches. Erik Lamela joins from Tottenham as it’s his first experience in La Liga.

Gonzalo Montiel is set to join the club as he flew to Spain on Thursday. Also a Copa America winner, Montiel could be Sevilla’s start back this season.

Villarreal, current Europa League winners, with two Argentine’s on the team. Juan Foyth, who took part in last June’s World Cup qualifying matches was dropped for the Copa America. He will look for redemption while Gero Rulli remains the club’s backup goalkeeper.

If you missed it, here is our Argentina in the Premier League preview.

If you’re an Argentine fan and a fan of the La Liga, you will have a lot to look forward to this season. 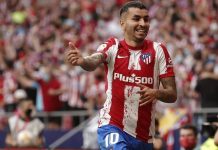 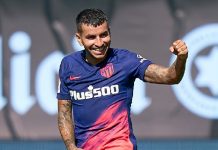