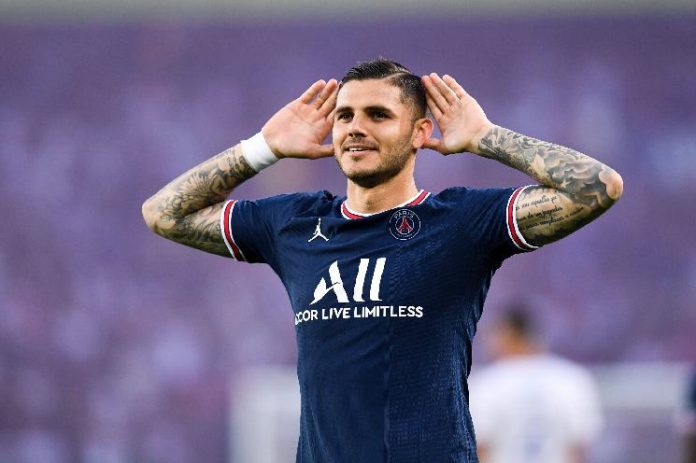 Mauro Icardi remains the only Argentine to score in Ligue 1 this season as he netted for the second match in a row.

There were three current Argentine players for PSG in the stands as PSG got their second win of the season vs. Strasbourg. With Icardi scoring, newly signed Lionel Messi along with his fellow Copa America winners Angel Di Maria and Leandro Paredes were in attendance watching. Former PSG and Argentina man Javier Pastore was also seen with them in the stands.

Icardi with a sniper like header gave PSG the lead very early in the match. A cross into the area and the PSG number 9 jumped as he headed it to give PSG the 1-0 lead in a 4-2 win.

Elsewhere in Ligue 1, goalkeeper Walter Benitez picked up his second consecutive clean sheet of the season. After a 0-0 draw vs. Reims, Nice got their first three points of the season in a 3-0 win vs. Lille.

Facundo Medina played his first match of the season for Lens as they remain without a win after two matches. Medina was not part of the Lens team which drew 1-1 vs. Rennes but did start and get a yellow card in their 2-2 draw vs. St-Etienne.

Leonardo Balerdi started for Marseille once more but he won’t be starting their next match after he picked up a red card. A dangerous tackle by Balerdi where his foot hit the opposition’s ankle saw the referee red card him. Dario Benedetto was substituted on for the second match in a row.