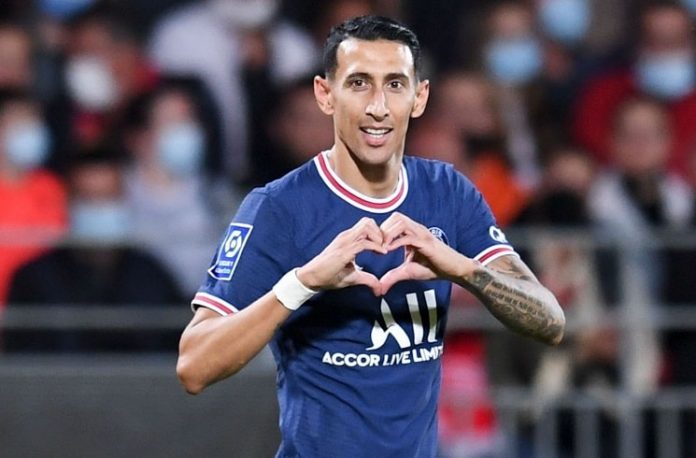 Angel Di Maria scored a goal very similar to the one he managed for Argentina vs. Brazil in the Copa America final which gave Argentina the trophy.

Di Maria loves chip goals. After scoring one in 2008 at the Olympics final which gave Argentina the gold medal vs. Nigeria, the Argentine did it again last month in the Copa America final when Argentina lifted the trophy.

He scored another lob goal, this time for PSG, his first of the season. Starting the match on the bench, he was brought on as a substitute with a little under 10 minutes remaining. But that was all he needed as he scored PSG’s fourth goal of the match.

Mauro Icardi started for PSG but was substitute off due to a shoulder injury. He has since been ruled out for 3-4 weeks. Lionel Messi and Leandro Paredes were no part of the squad.

Three of the four PSG players have been called-up to the Argentina national team as Lionel Messi, Angel Di Maria and Leandro Paredes will be part of the squad for the September matches.

Facundo Medina started and played the entire 90 minutes for Lens in their 2-0 win vs. Monaco. Medina, who missed the first match of the season, a 1-1 draw vs. Rennes, was in the squad and played last week in the 2-2 draw vs. St-Etienne. This was their first win of the season.

With Dario Benedetto joining La Liga club Elche from Marseille, coach Jorge Sampaoli is left with only one Argentine in the team. Ironically enough, that Argentine was not part of the squad for Marseille vs. OGC Nice as Leonardo Balerdi received a red card in their last match.

However, goalkeeper Walter Benitez was part of the starting eleven for OGC Nice in their match vs. Marseille. A match which was ultimately called-off with about 15 minutes remaining, OGC Nice fans began throwing objects at the Marseille players. An act which led to fans storming the pitch with Sampaoli getting involved.

The league have since awarded Nice the win but Marseille will reportedly contest the result.