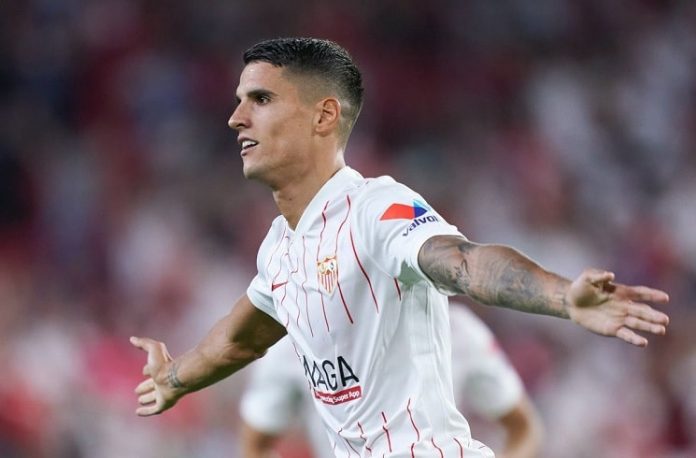 Erik Lamela scored both goals for Sevilla in their 3-0 win vs. Rayo Vallecano.

It was a dream start for Lamela as he made his La Liga debut with Sevilla. Despite starting the match on the bench, the 29 year old was brought at half time and proved his worth.

With Sevilla leading 1-0, it took Lamela just 10 minutes to get on the scoresheet. A heavily deflected shot from inside the penalty area beat the substitute Rayo goalkeeper to double Sevilla’s lead.

At 2-0, Lamela would get on the end of a low cross with En-Nesyri playing a ball into the penalty area and a diving Lamela would extend his foot and score his second of the match.

Marcos Acuña would start and play the entire 90 minutes for Sevilla while Alejandro Papu Gomez would also be brought on as a substitute. Lucas Ocampos was not on the bench.

Cant get more Lamela than this pic.twitter.com/5XeeH2aI1t