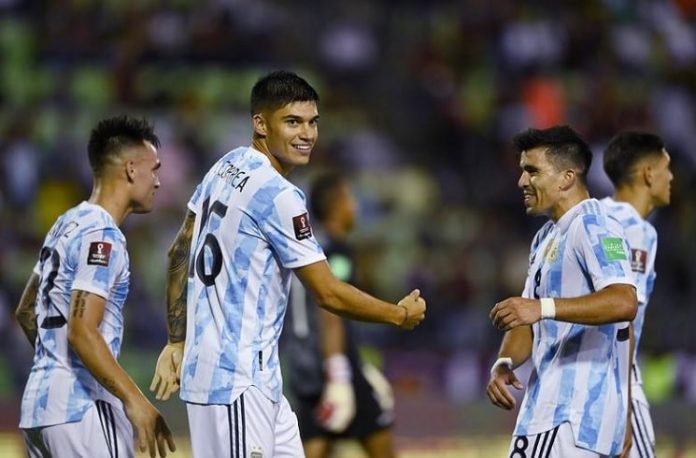 Joaquin Correa will reportedly start in place of Lautaro Martinez for Argentina.

Correa is apparently going to get the start ahead of Lucas Alario for Argentina in their match against Paraguay on Thursday. As reported earlier, Lautaro Martinez will miss Argentina’s World Cup qualifier due to muscle fatigue.

According to a Gastón Edul of TyC Sports, it will be Joaquin Correa who will replace Lautaro in the eleven. Argentina national team coach Lionel Scaloni stated on Wednesday that the starting eleven would be that which started and won the Copa America final. This would be the starting eleven: