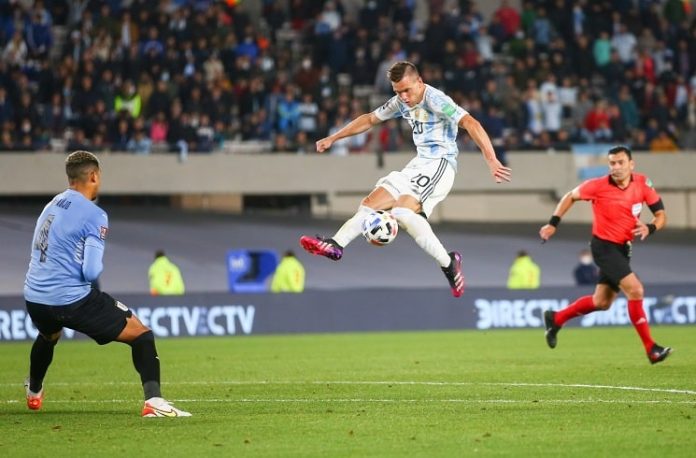 Lionel Scaloni now has Argentina undefeated in their last 24 matches and had them playing very well in the 3-0 win vs. Uruguay. Speaking to the media after the match, here is what he had to say:

“Football has moments: When they gave us problems, we were able to resolve it and after that we managed to grow.

“The team played a good match, like they did against Paraguay for several minutes. Football is not only one moment: When the opponent attacks, you have to be strong and we knew how to do it. When the team can play, the truth is that it makes you want to watch.”

Scaloni also spoke about Gio Lo Celso. Here is what he had to say:

“Lo Celso has been with us since the fits day. We value his football a lot but we could never have him at his fullest, for one reason or another. For us or for any club in the world, he’s one of the better players.”

In regards to the team and the fans:

“The players feel identified with the people, with the shirt and that is good.”

He also spoke about the win:

“Up until the goal, it was a tremendously difficult match in which they closed very well. They complicated things with two plays from Suarez but it’s what we knew: It’s a team with a great back line and first class attackers.

“Before we got the goal, we had two situations where we could have unblocked the match but this team is very aware of the difficulties of playing the qualifiers. Patience is a virtue of this squad.”