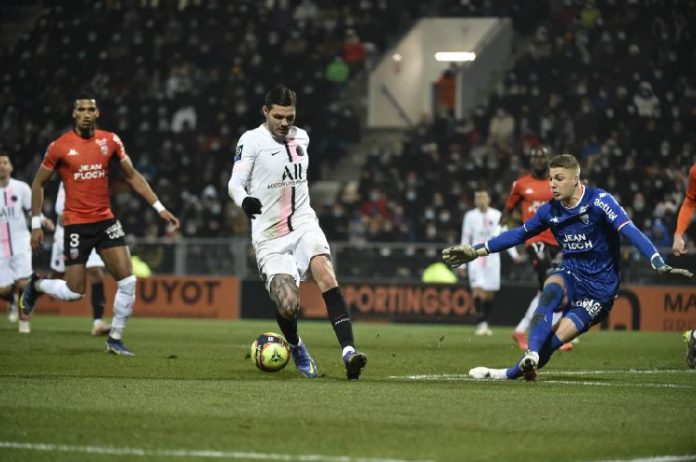 Mauro Icardi scored for PSG in their 1-1 draw against Lorient.

Icardi saved PSG at the death with a late goal in injury time. It was 1-0 for Lorient and PSG were down to 10 men after Sergio Ramos was sent off. A cross inside the penalty area found Mauro Icardi as the Argentine would score with a header to draw PSG level.

That goal was his first in the league since September as he reaches four goals in the league this season. PSG coach Mauricio Pochettino went with an Argentina front three of Lionel Messi, Mauro Icardi and Angel Di Maria.

Who had money on Icardi bailing out Pochettino & PSG with a stoppage-time equaliser?#FCLPSG pic.twitter.com/th4XI54Uup