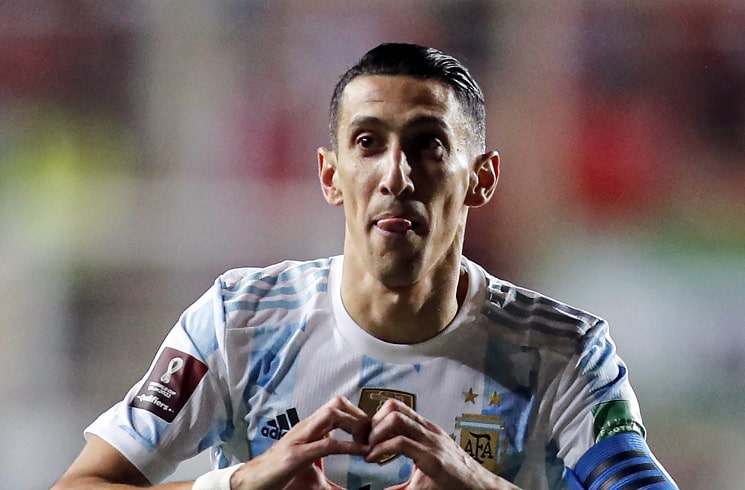 Ángel Di María and Lautaro Martínez each scored in the first half for Argentina. Di María, the hero of the Copa America has scored another great goal. After his hip goal against Brazil, he would curl one against Uruguay in the November World Cup qualifiers.

The Argentine would score a similar goal as he had three Chilean players in front of him and curled one into the corner of the goal which gave Argentina the 1-0 lead. It was a first half which saw Lisandro Martínez playing lots of passes from deep and Nicolas Tagliafico playing well both defensively and offensively as the two Ajax players were on point.

However, with the score at 1-0, a cross was sent into the penalty area and Molina was beaten for height as Brereton scored a header to draw Chile level. But that score did not last long.

Alejandro Papu Gomez had a great dribble as he passed the ball to Rodrigo De Paul who drove forward and took a shot from outside of the penalty area. The shot was stopped by Claudio Bravo but Lautaro Martinez got the rebound and scored to give Argentina the 2-1 lead.

It was 2-1 Argentina going into the second half. Argentina had three players who received yellow cards and all will miss the next match against Colombia next week. The first to get yellow carded was Rodrigo De Paul, followed by LEandro Paredes and Nicolas Tagliafico.

Argentina national team coach for the match Walter Samuel made several substitutions. Gio Lo Celso of Tottenham was brought in for Rodrigo De Paul of Atletico Madrid. The second substitution saw Marcos Acuna of Sevilla for Nicolas Gonzalez of FIorentina. And a third change was Julian Alvarez of River Plate for Lautaro Martinez.

Emiliano Martinez made a great save to keep Argentina’s advantage as he made a save from close range. Angel Correa of Atletico Madrid, who wore the number 10 shirt, replaced Angel Di Maria. Argentina did not have many chances in the second half but the two goals in the first got them the win and three points.

Already qualified for the World Cup, Argentina are undefeated in their last 28 matches.