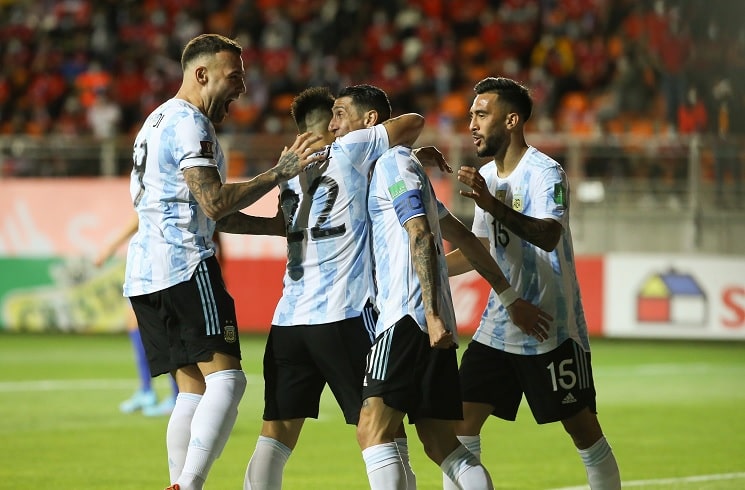 Angel Di Maria scored a great goal for Argentina and spoke to the media after the match.

Di Maria was the captain for Argentina and once more, he scored a great goal. The hero of the Copa America curled the ball into the corner of the goal with three Chilean players in front of him. Speaking to the media after the match, here is what he had to say:

“We played a good match. We knew it was going to cost us, for the altitude and the travel. The important thing is we got the win.”

The Argentine also spoke about not having Lionel Messi and coach Lionel Scaoni there for the win:

“The team continues to grow. Today, we were missing the best player in the world and also our coach but we continued with the win and this is also for them. When Leo (Messi) is there, everything is always much easier.”