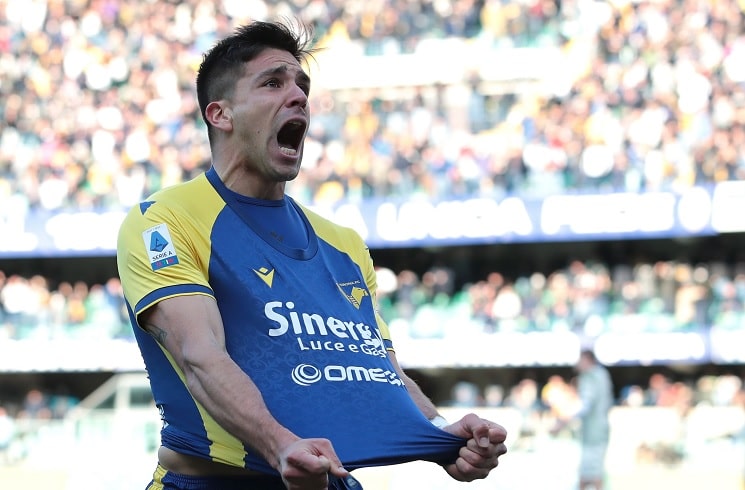 Giovanni Simeone scored a hattrick for Verona in their 3-1 vs. Venezia as he reaches 15 goals in Serie A this season.

Simeone has scored for the first time since December 12 vs. Atalanta as he is third in Serie A scoring. Simeone stole the ball from the Venezia defender and dribble into the box. His effort beat Sergio Romero to give Verona the 1-0 lead.

The second goal was a pass into the Argentine and his first time effort took a deflection off the defender and it was enough to get the better of Romero and make it 2-0 for Verona. It was a counter attack with Simeone on the end of it for the third goal. A pass in to the Argentine and his effort made it 3-1 for Verona as they got all three points.