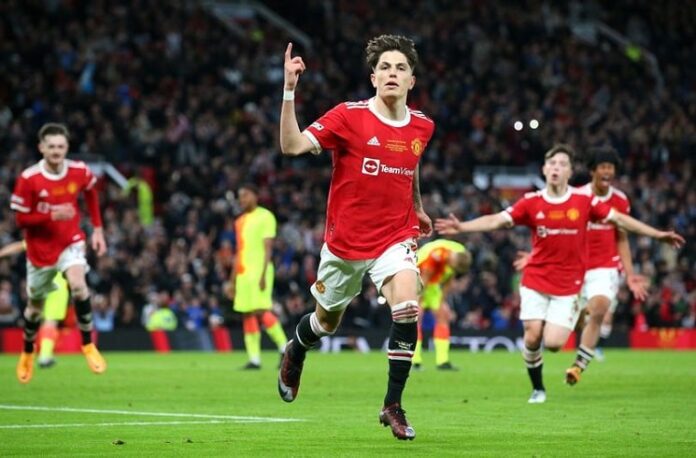 The 17 year old scored twice against Nottingham Forest in the final. The first was a penalty with the second being a deflected shot on goal.

He would celebrate with the Argentina flag both on the pitch and in the dressing room!

Alejandro Garnacho scored twice for Manchester United in the FA Cup Youth final as they won it. He celebrated with the Argentina flag! pic.twitter.com/jHhzGRqKa4