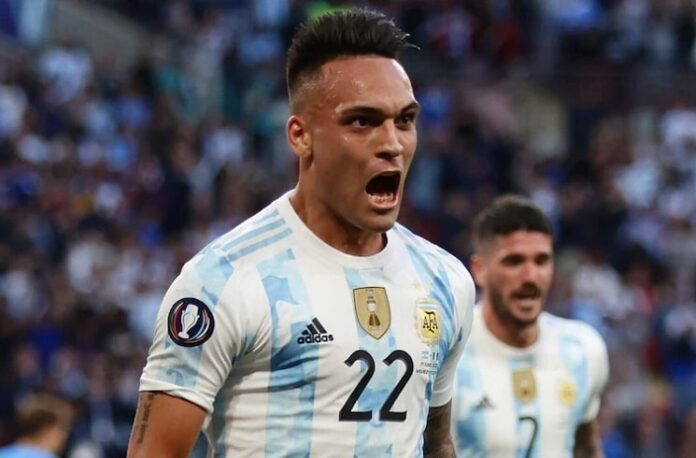 Lautaro Martínez spoke about the 2022 World Cup, the Argentina national team and not getting selected for the last World Cup.

Martínez was not picked for the last World Cup in Russia. Despite being in great form, he was left out of the final team. Speaking in an interview with Star+, here is what he had to say:

“It hurt me not going to the World Cup in Russia because of the way the coach spoke to me. But I respect his decision and I always try to support those that are picked. It was a difficult period because it was a big dream that I had.”

“I am very thankful for him because he always believed in me. The national team has great players, great strikers and every day is an exam. I know that the work at my club is what gets me picked. After that, in the little time that we have, we try to do well, concentrates, to do what the coach wants. He supported me when I didn’t score, we spoke a lot, he respects me and he backed me.”

“The upcoming World Cup is a difficult feeling to explain. We hope to arrive as well as possible. We talked about tickets and the number of Argentines that are going. In the final in London, it seemed as if we were playing in Argentina. That support, that madness is incredible.”

About the Argentina national team:

“I always play thinking about the Argentina national team. I prepare for everything. It’s a wheel that is turning and I psych myself up to where I have to give my best.”

On the national anthem:

“I feel proud. When we play in the qualifiers, friendly games, there are a lot of people. It’s incredible. The Argentine passion, the way they sing… The feelings are difficult to explain. I get emotional. On the inside, I am crying. It’s strong, a football player has a lot of adrenaline. Or your mind goes blank and you think you are playing a video game.”