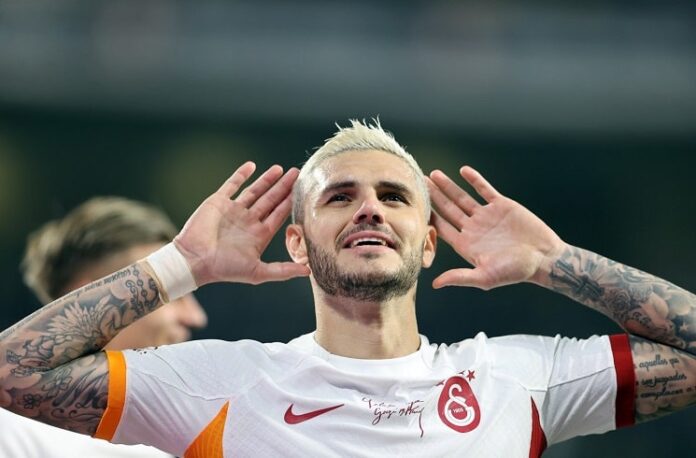 Mauro Icardi scored and had two assists for Galatasaray in their 7-0 win vs. Basaksehir.

Icardi made it four goals and two assists in his last four games for Galatasaray. With Galatasaray leading 1-0, they were awardedd a penalty kick and it was Icardi who would take it.

The Argentine would score with the ball going into the top corner of the goal to give Galatasaray the 2-0 lead. At 3-0 for Galatasaray, a pass into Icardi and he would play a back heel pass in to Akturkoglu who would score.

He would get his second assist of the game. A pass to Icardi who was towards the touchline and his pass into the middle once more found Akturkoglu and he scored to give Galatasaray the 6-0 lead.