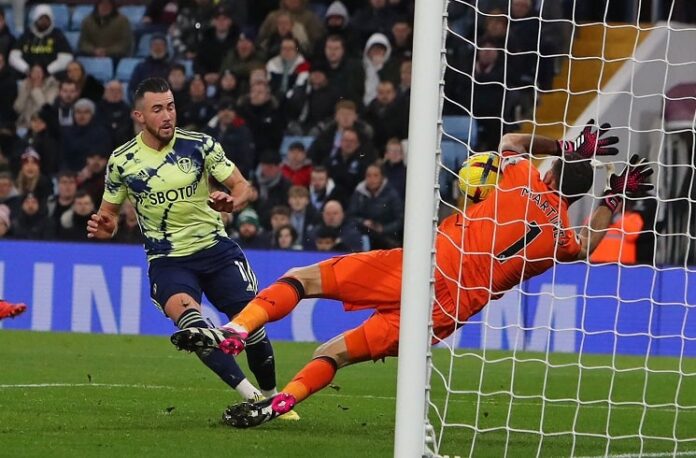 Emiliano Martínez made a few big saves for Aston Villa in their 2-1 win vs. Leeds United.

Martínez continued his World Cup winning form for his club as he stopped what was a sure goal for Leeds. A cross into the penalty area and an effort from a few years out but Martínez made a massive save to maintain Aston Villa’s lead.

A second save and just from inside of the penalty area by Martínez as he would save a shot that was going into the corner of the goal. Those saves went with Emiliano Buendía scoring for Aston Villa as both Argentine players continued to show their worth.