We are just 44 days until the start of the FIFA World Cup and in 44th place we have Gabriel BATISTUTA scoring his 44th goal for Argentina which came at the 1998 FIFA World Cup against Japan in the group stages.

It was Argentina’s first match at the 1998 FIFA World Cup and it was BATISTUTA’s 44th goal for his country which won the 3 points in a 1-0 victory. The sole goal was the first of five total he would score at the tournament.

Here was Argentina’s starting XI for that match: 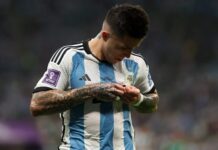 Leandro Paredes or Enzo Fernández to start for Argentina 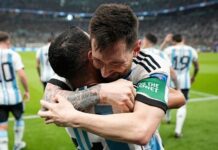