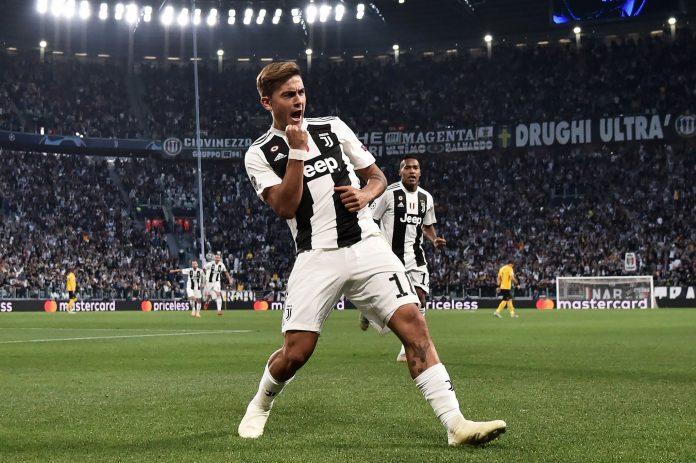 Paulo DYBALA scored a hat trick for Juventus in the Champions League.

With no Cristiano in the line-up, Paulo DYBALA was in the starting eleven and scored three times for Juventus in their 3-0 win against Young Boys. It was three very different finishes from the Argentina man.

The first one qas a lovely first time finish off a cross by BONUCCI and DYBALA made it look easy as he gave Juventus the 1-0 lead.

DYBALA added a second goal, this time easier than the first one as he pounced onto the rebound to make it 2-0 for Juventus.

And the third goal was the easiest as it was a number 9 like finish, a predator inside the area, DYBALA scored from just in front of goal.