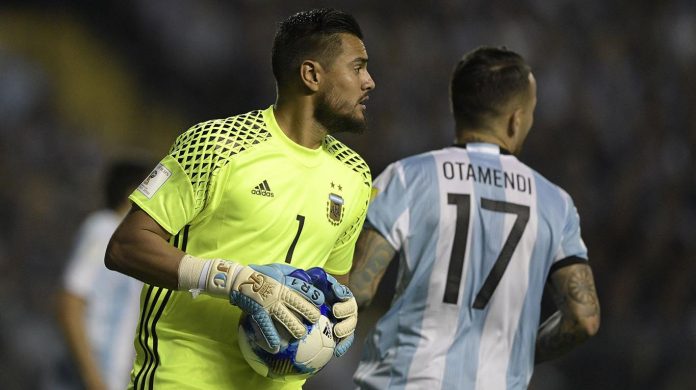 Manchester United and Argentina goalkeeper has his eyes set on the next year’s Copa America and the 2022 World Cup in Qatar.

Sergio ROMERO, presently with the Argentina national team has stated that he wants to reach Qatar, especially after being left out of the squad in Russia. Speaking to the media, here’s what he had to say:

“My goal is to reach Qatar (2022 World Cup). That is my objective, apart from next year’s Copa America. I want to get to Qatar because of the bad taste left in my mouth with what happened in Russia.”

A team mate of Lionel MESSI’s since the 2008 Olympic games, ROMERO said he expects MESSI to come back to the team.

“I think he will come back, I can’t imagine an Argentina national team without MESSI. God willing, he will get to the Copa America and give us that plus.”

“What he has done in these last matches was very important. If SCALONI is chosen to continue with the Argentina national team, ww will try to bring that intensity matches with points involved, like those of next year’s Copa America.”