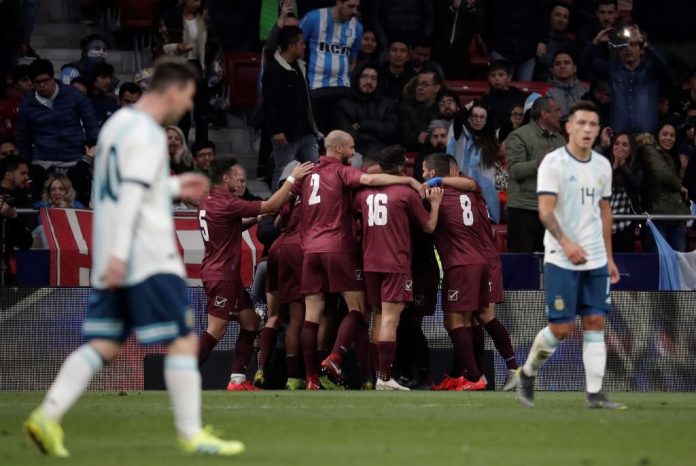 A match which saw Lionel MESSI return to the Argentina team saw Venezuela score three goals against them in a 3-1 loss.

An experimenting team out by SCALONI but a deserved victory for Venezuela. They took an early 1-0 lead about six minutes into the match. A lovely ball sent in saw RONDON score. Minutes before half time, Venezuela would double their lead through a MURILLO goal.

In the second half, Lionel MESSI would get the ball and off a counter attack would pass it to SUAREZ, who would play a ball across to Lautaro MARTINEZ and he would score to make it 2-1 and bring Argentina back in it.

However, just minutes after that, a foul by Juan FOYTH would present Venezuela with a penalty and MARTINEZ would score to make it 3-1 for Venezuela.

Argentina will play Morocco on Tuesday.

Messi finds Saurez and Suarez slips Lautaro in for the tidy finish.

Deserved for Lautaro Martinez, who has been making that run all night.

I have been really impressed with the Inter man, deserves this chance to become the Argentine number 9. pic.twitter.com/qcALYimM9H

Josef Martinez cool as you like to put Venezuela 3-1 up against Argentina. pic.twitter.com/cHxGgD5iIe