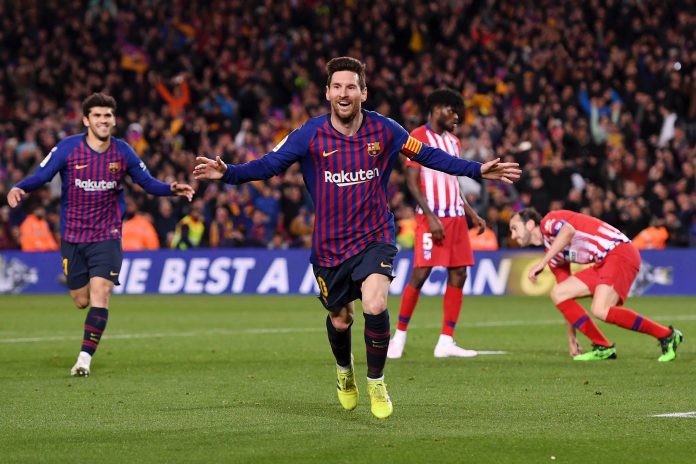 Lionel MESSI scored for FC Barcelona in their 2-0 win against Atletico Madrid.

The captain scored the second goal of the match and with it, all but confirmed the league title for his team. MESSI’s goal was number 33 of the season for him.

MESSI broke a La Liga record with the victory as he becomes the player with the most wins with 355 La Liga victories to his name.