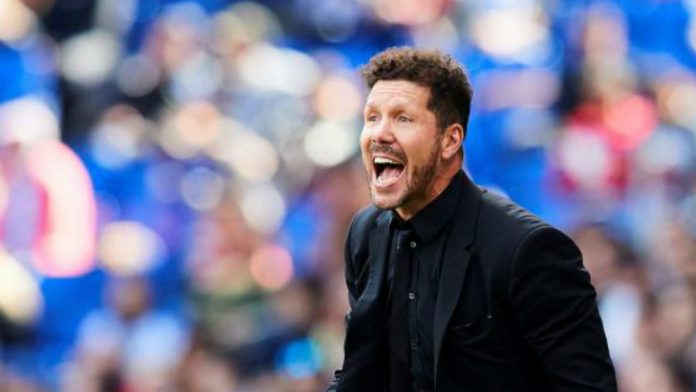 The coach of Atletico Madrid had a lot to say in regards to managing Argentina. Speaking with Fox Sports, here’s what he had to say:

“I didn’t speak with anyone of the Argentina national team, no one called me. My father asked me when I’ll go and coach Argentina but I still don’t see it. I have the necessity to train, to make football players better on a daily basis.”

In regards to the current state of the team:

“Today, the Argentina national team is in a process of transition with a lot of players that gave a lot, going beyond the fact that they couldn’t become champions. But it’s not easy to play in two Copa America finals and a World Cup final and it’s not easy to win.

“The important thing is that this Copa America will be a possibility to confirm that there is growth moving forward. Being second place is the closest to finishing first. Finishing second does not make me happy because I want to be champion but if you come out second several times, one day, you’ll finish first.”

SIMEONE also spoke about Lionel MESSI and having players play for the team:

“Football players need a big team. That last World Cup was a big reference for us. You have to have people that want to play for a team. If one doesn’t run, we can compensate for it but if two don’t run, it’s complicated. But if three don’t run, you lose. If you don’t have players who emotionally cannot understand that the priority is the team, sooner or later, you will lose.

“Against a team with less solutions, less of a team, Cristiano RONALDO would fit in much better because he gives you many solutions for a team. But in a team, with a style, it’s clear that MESSI would be much better, in a team that goes with your talent.”

There was also talk of River Plate manager Marcelo GALLARDO who is a former team mate of SIMEONE with Argentina.

“Marcelo is doing an extraordinary job. Argentine football has a lot of good coaches. Hopefully he stays with River but his road leads to Europe and the Argentina national team.

“The best thing would be that the coach who will go to coach the Argentina national team would have spent some time before with the Argentina U20 to prepare.”