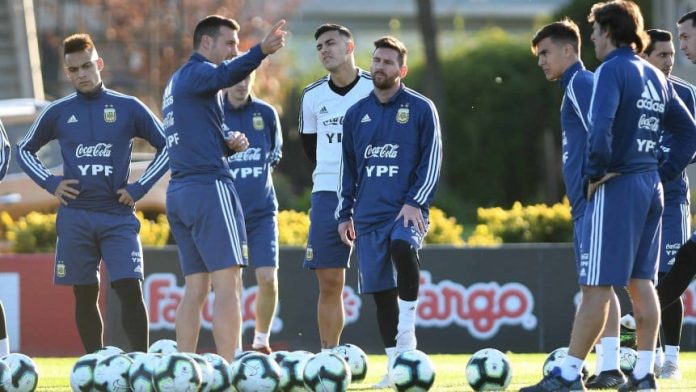 Lionel MESSI lead the attack in one team alongside Matias SUAREZ and Sergio AGÜERO while the other tram had Angel DI MARIA, Paulo DYBALA and Lautaro MARTINEZ. Here was the first starting eleven:

The second team was the following: