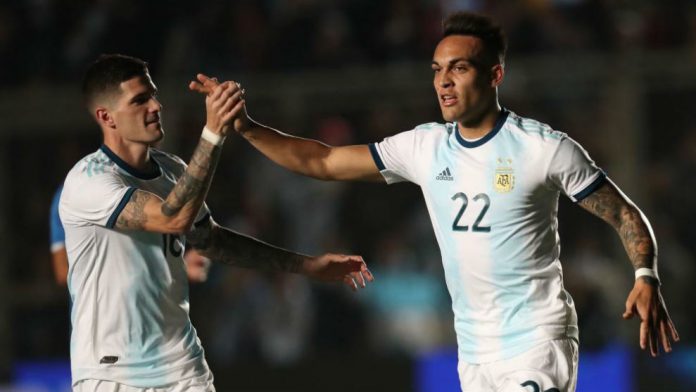 Lautaro MARTINEZ is expected to start as the likely starting eleven has been released.

Three possible changes for Argentina from the team which started against Colombia to start the Copa America. Roberto PEREYRA for Guido RODRIGUEZ, Rodrigo DE PAUL for Angel DI MARIA and Lautaro MARTINEZ instead of Sergio AGÜERO in attack.

There’s also a possibility that Milton CASCO could start instead of Renzo SARAVIA.