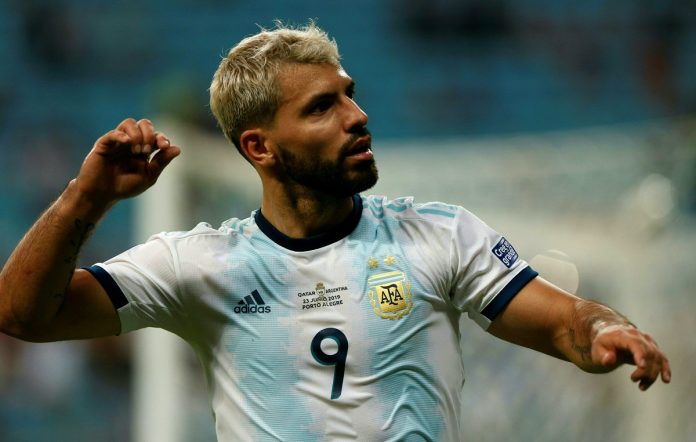 Argentina coach Lionel SCALONI held a press conference before his team’s game against Brazil at the Copa America and confirmed that Sergio AGUERO will start.

Speaking before the game, SCALONI commented on AGUERO, Lionel MESSI and more. Here’s what he had to say about the semi final game:

“We will play more in the way we want to play and not think about the opponent. It’s obvious that they are going through an important time, they are playing together and it’s been a while that they have the same coach and that obviously gives Brazil the advantage. But we believe we can do well and go through.

“But it’s obvious that they are a great team, playing at home in their Copa America. Logically, we will try to make things difficult but the numbers are there and you have to respect that.”

Regarding the numbers, SCALONI was referring to Brazil’s record under coach Tite which includes 30 wins, six draws and only two defeats.

Lionel MESSI also has the support of coach SCALONI:

“We are used to him scoring three goals per match or for him to take out five players from the opposition but I am more than happy with him. We and it goes without saying, have confidence in him and he is our banner.

“I believe that the players have so much support for Leo that at times they say that they want to be champions more for him than for themselves, but here, everyone wants to be champion because Argentina wants that. There’s no doubt that the best player in the history of football is missing a trophy with the Argentina national team and it’s for that reason that his team mates say things like that. It’s obvious that we all want to win something with this shirt, there’s no one that wants to win more than someone else.”