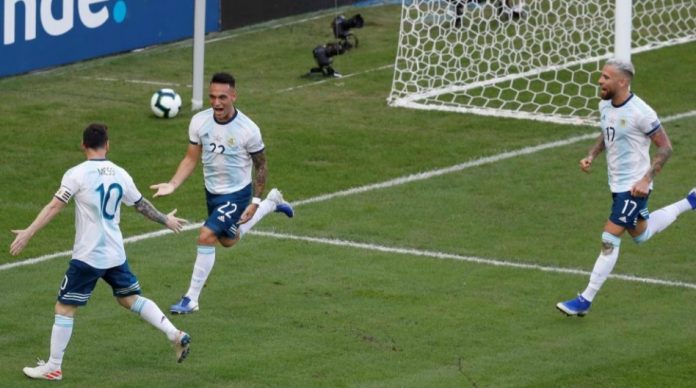 The attacking trio all start for Argentina in the semi-finals of the Copa America.

Argentina coach Lionel SCALONI has repeated the same line-up for the first time as the attack will be lead by Lionel MESSI, Sergio AGUERO and Lautaro MARTINEZ. Here’s the starting eleven: